Picture this: After years of studious practice in the solitude of a U-Store-It locker, you’ve decided that the rest of the world can no longer do without your musical gifts. Packing your faithful ax into its road case, you set out on the southern leg of your debut tour— first stop: the Grits and Gravy Grotto, in Poodle Fang, Mississippi. Serving as your chauffeur and one-man road crew is your second-cousin, Fred. It’s Fred’s responsibility to see that you’ve got all the sound equipment you need and that it’s operating at optimum capacity.

Fred outfits you with a mixer, two stacks of speaker cabinets, several power amps, an assortment of microphones and cables, and for that final vital link in your sound reinforcement chain, a few HOT SPOT personal monitors.

In spite of Fred’s painstaking preparation, the opening night’s show is beset by glitches. For starters, the fire marshal threatens to close down the joint unless the exits are cleared (It’s a mob scene; your charisma has already become the stuff of legend). Still, a well-greased palm or two later (also Fred’s department) and the first set is underway. But no sooner do you strike the opening chord to “Hard Times Come Again No More” than a deafening squeal issues from the PA. In spite of Fred’s best efforts, this wail of a thousand banshees reoccurs from time to time throughout the rest of the engagement. Your fans are forgiving, but you realize that something must be done. 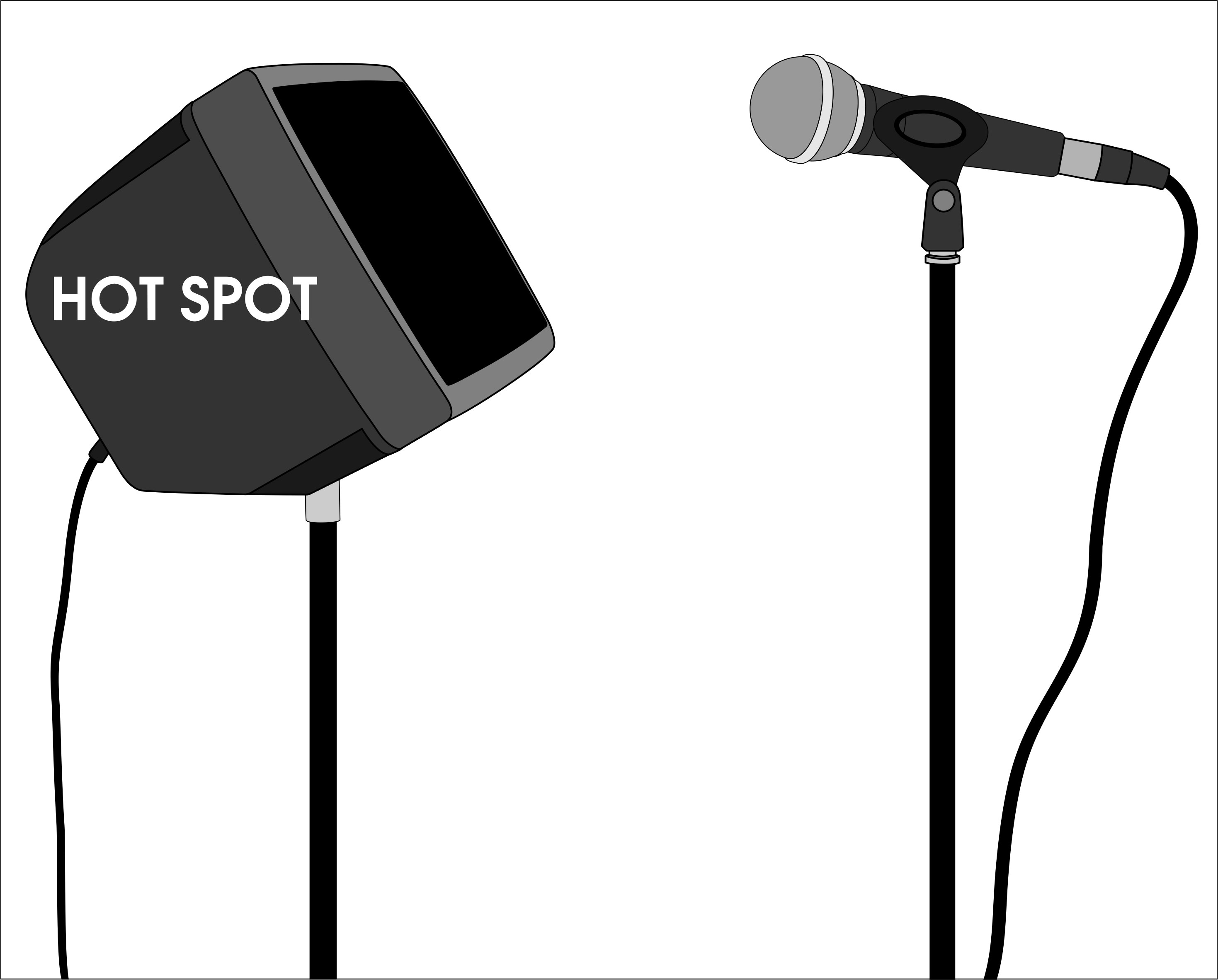 Fred is perplexed but determined. He consults his friend at Galaxy Audio. “Brock,” Fred says, “something must be done.”

Brock, always eager to be of assistance, sets about helping Fred untangle the mysteries of system setup.

“Feedback,” Brock begins, “— and I’m afraid that’s what we’re talking about— cannot be blamed entirely on massively powerful amplifiers and absurdly sensitive microphones. Monitors, which happen to be the most important development in human history, sometimes contribute to this malady. But even so, it’s a problem that can be fixed. And when you’ve mastered feedback control, you can truly call yourself a sound man (or sound woman). Lesson one: maximize your gain.” 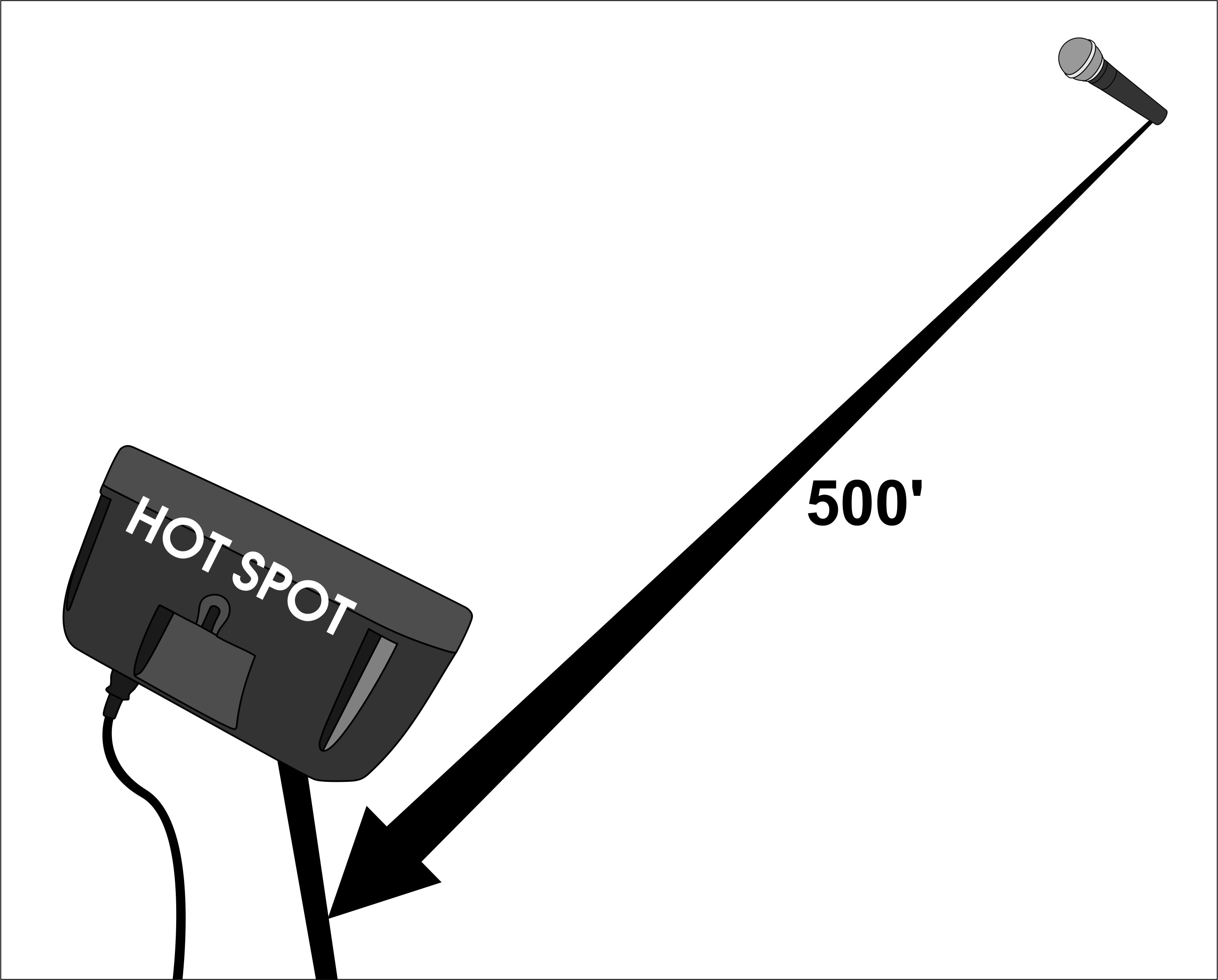 Fred is all ears. “Gain? What the hell is gain?”

Brock replies, “Watch your language. Gain is the increase in volume attainable before feedback occurs. Its degree is determined in large part by the relationship between microphones and speakers and the room in which they are placed. Figure 3 (top left) illustrates the most extreme case of insufficient gain. The mic is pointed directly at the speaker. Even the slightest increase in volume will instantly cause feedback. As little as 1/1000th of the available power may be utilized. With a 100 watt amp, that would translate into only 1/10th of a watt,” he explains.

“In figure 4 (bottom left), the distance between the mic and the speaker has been increased to 500 feet,” Brock continues. “One hundred percent of the available gain and all 100 watts of power may be used without going into feedback. These examples demonstrate the role of mic and speaker placement in determining the gain of a system. Unfortunately, in most cases it’s neither possible nor desirable to position the mics 500 feet from the speakers. 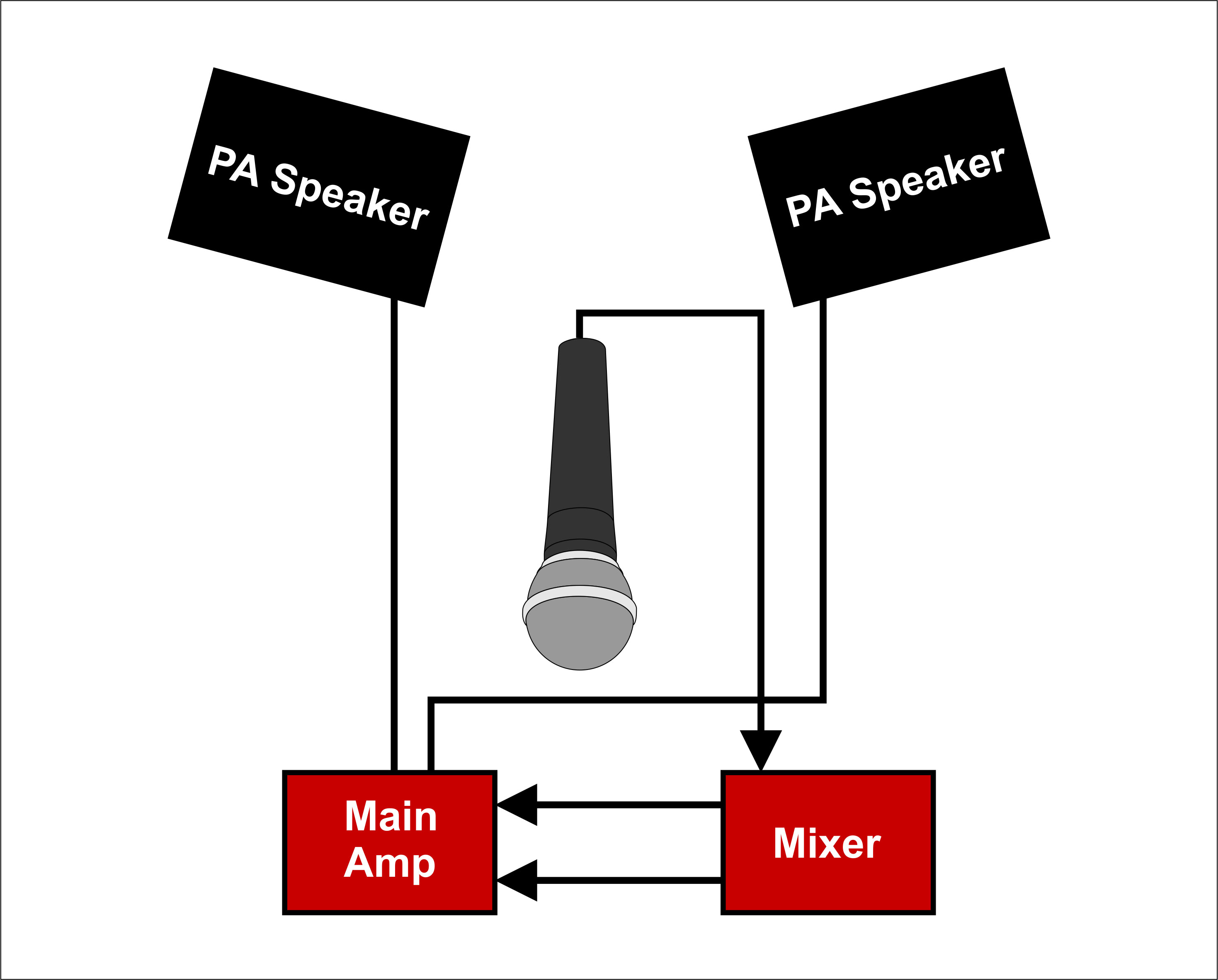 The trick is to adequately cover the listening area and at the same time arrange the mics so as to maximize gain: Figure 5 (top right).”

Fred asks, “How should the speakers be positioned?”

Brock replies, “In most cases the speakers should be mounted on stands slightly above the heads of the audience, in front of, and to the side of the stage. They should be turned slightly inward, but not enough to reduce gain. A few degrees of rotation, or toe-in, can make a big difference.”

“And that will eliminate feedback?” 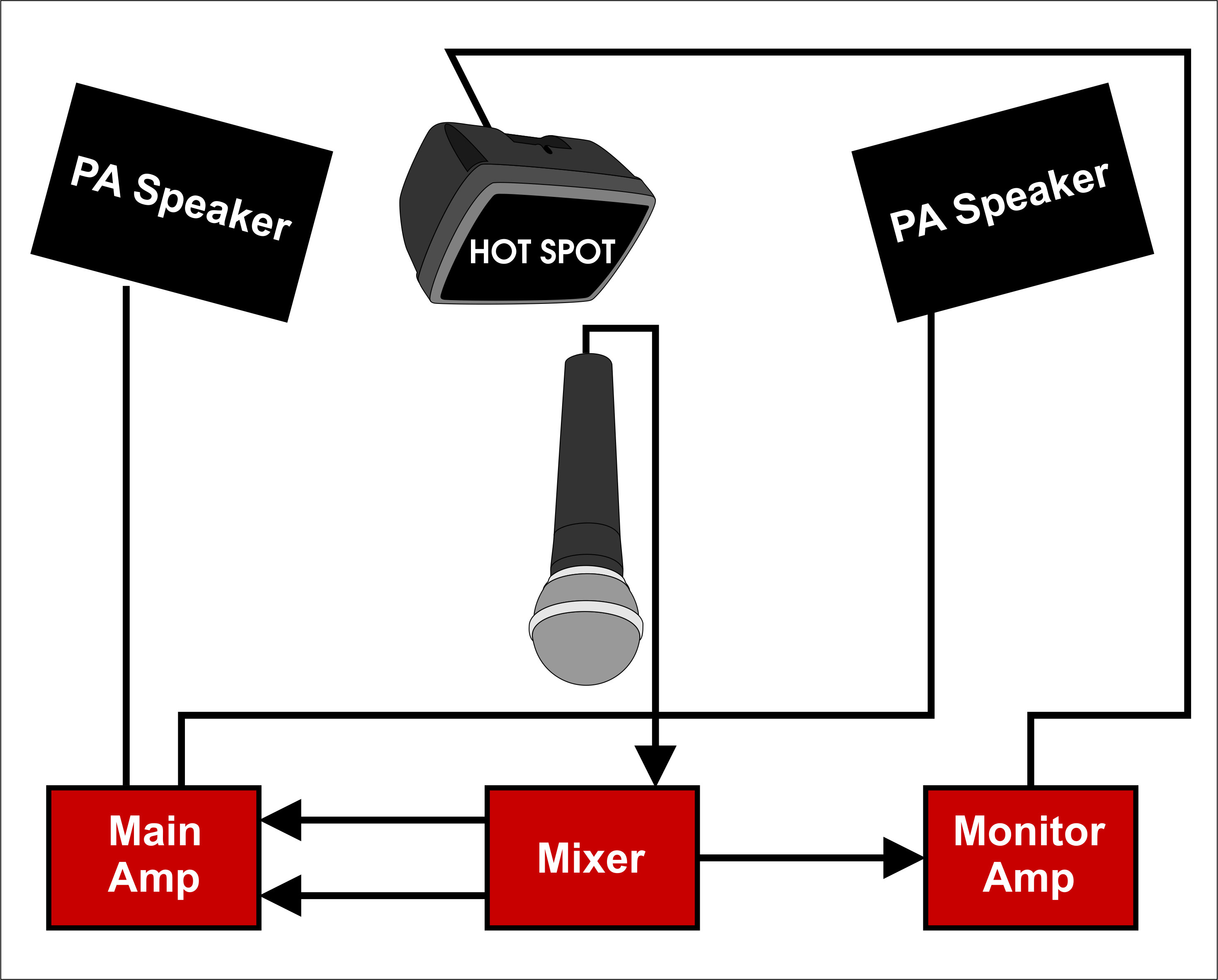 “Figure 6 (bottom right) shows a monitor on a stage in close proximity to a mic. If the monitor is powered with the same amp used to run the main speakers, feedback problems will result. Given our knowledge of speaker/mic relationships and their effect on gain, what do you suppose would happen if the volume was turned up? The monitors, being closer to the mic, will go into feedback. That, in turn, will send the main speakers into feedback. The gain of the entire system will be reduced to equal that of the monitors.”

“It needn’t be,” Brock says. “To eliminate the problem, the monitors should have their own volume control (like the HOT SPOT HS7), or be connected to a separate amp. With either of these setups you can adjust the volume of one speaker without affecting that of the others. The gain of the monitors does not affect that of the main system. Of course, a good mixer offers considerable flexibility in controlling separate monitor and main levels.”

“You should be,” Brock replies, handing Fred the outline which is reproduced here.

“The problem with traditional wedge-shaped floor monitors is that they sit so far from his or her ears that truckloads of power are needed to achieve sufficient sound levels to be of any use to the performer.  The HOT SPOT’s size and flexibility allow it to be positioned within arm’s (and ear’s) reach, which reduces the amount of grunt needed to power the monitors.”

Ravi Savuka, the Grotto’s owner, takes Fred aside before the start of the second night’s show.

“Fred,” he says with fire in his eyes, “this poor sound quality is unacceptable! You must make certain it never happens again. Otherwise, I will be forced to sever our relationship and bring in my usual weekend attraction, Duke Basie and his All Oboe Orchestra. Got it? Fix the sound or you and your pal are outta here!”

Fred explains to the disgruntled club owner that the problem has already been addressed. You refrain from joining in the fray, preferring instead to let Fred do the talking.

The second night’s performance comes off smoother than bear grease. The lines stretch all the way to the Piggly Wiggly three blocks from the Grits and Gravy Grotto.

Your HOT SPOT personal monitors not only eliminate the feedback problem; they make it easy for you to hear every note of your performance. You tell Fred that you need more money. He takes your demand to the man.

“Ravi, old buddy,” he says, “the star of the show deserves a larger share of the proceeds. How about you just double the fee?"

Ravi has no choice but to agree.