The seriousness with which Fred the sound man has attacked the subject of sound reinforcement has earned your respect and admiration. Never mind that he crams— with the light on— until dawn anytime you’re lucky (if sacking with Fred can be said to be lucky) enough to crash in a cheap motel room instead of the van. (Would twin beds be too much to ask?) Compared to other of Fred’s personal habits, reading in bed isn’t so bad. Besides, his marathon study sessions are having a dramatically positive impact on the quality of your live show. You bury your head under your pillow (Fred uses all the covers to wrap himself up like a cocoon; one of his less offensive quirks) and remind yourself that once you’re a star you won’t have to share quarters in whatever flea bag hostelry offers the cheapest accommodations in whatever flea bag town you happen to be appearing.

When he isn’t running sound, or toting gear, or driving, Fred is broadening his intellectual horizons. Each day (or night) brings a new topic to be addressed, a new mountain to be conquered.

On a two day layover in Blue Yodel, Alabama (radiator damage due to passing trucks carrying rock and the part has to be shipped from Tuscaloosa), Fred dedicates himself to getting to the bottom of a sometimes confusing topic: amp impedance.  He calls Galaxy Audio and is patched straight through to Brock.

Fred says, “Brock, the Passive (Passive meaning, unpowered) HOT SPOTS the band is using on-stage are rated at 16 ohms. I guess with impedance like that they can handle a ton of power.”

Brock, always happy to be of assistance, replies, “In technical parlance, to impede is to obstruct, as when the doctor says: ‘The plaque in your arteries is impeding the flow of blood. Take two aspirin and call me in the morning.’

“More impedance means more pressure (voltage) is needed to achieve a like degree of flow. The symbol for ohms is the Greek letter omega (Ω). Impedance is a variable represented by ‘Z’, whose unit of measure is ohms. Microphones are sometimes described as being either high Z (10,000 Ω and up), or low Z (50 Ω to 250 Ω). Are you with me so far?”

After an appropriate pause, Brock continues, “Impedance has to do with how a speaker interacts with an amp. A word that enters into every discussion of impedance is ‘load’. The load can be anything that power flows into, but your load is a speaker: in this case, a Passive HOT SPOT. To get the most out of a speaker, you must match its power rating to that of an amp operating at the same impedance as the speaker. Power ratings mean different things for amps and speakers: an amp’s rating relates to its output, a speaker’s to the amount of power required to drive it to its maximum. If a speaker is rated at 100 watts at 8 Ω, you need an amp with an output of 100 watts at 8 Ω. Doubling the speaker’s impedance cuts in half the power coming from the amp. 100 watts into 8 Ω is equivalent to 50 watts into 16 Ω. That’s why it takes an amp rated at 400 watts into 8 Ω to drive a 16 Ω HOT SPOT to its 200 watt full output.” 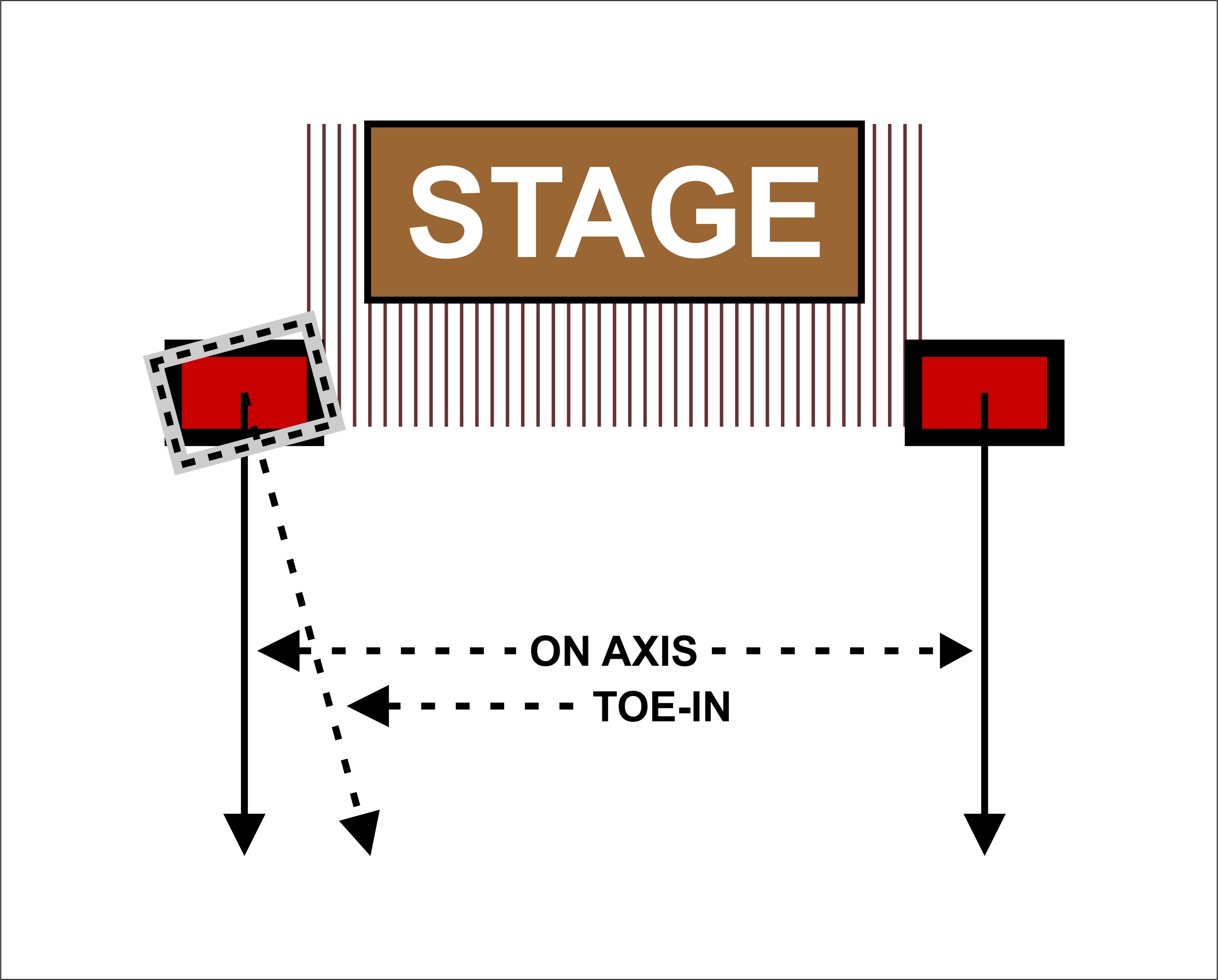 “One more thing,” says Fred.  “Sometimes we cross paths with bands that don’t use Galaxy products.  They’re constantly toasting speakers. Is too much power the culprit?”

“A speaker’s power handling limits relate to how much heat it can dissipate before the wire in its voice coil melts,” Brock explains. “And pumping in too much power is one sure way to destroy a speaker. To understand another, it’s helpful to consider that a driver’s cone moves back and forth in a piston action. There’s a word for it: excursion. The amount of excursion depends on the frequency of the signal being fed to the driver; lower frequencies cause more excursion. That’s why woofers are larger than tweeters. If you were to run a 50 Hz signal into a three-inch tweeter, the cone would have to travel so far that it would tear itself apart. A third way to wreck a speaker is by using an amp with too little power.”

Fred is incredulous. “You mean too little power can damage a speaker?”

“Sure,” Brock says. “If a speaker needs more power than a given amp can produce, the amp is driven to clipping. When the clipped— or square wave— signal enters the speaker, the cone just sort of vibrates ineffectually instead of excursing. To revert to the circulatory analogy: A speaker receiving adequate power beats like a healthy heart, pumping sound pressure into the air. Without a sufficient signal the speaker goes into fibrillation, a rapidly trembling spasm that left unattended results in death. In this case, the fibrillation prevents the diaphragm from dissipating heat, causing an eventual voice coil meltdown.”

Fred, forever appreciative, and buoyed by his new understanding of the relationship between speakers and power, invites Brock to the next night’s show at the Johnny Mercer Memorial Pawpaw Cook-Off in Jesup, Georgia.