Michael Hampton is a Funk Rock guitarist, composer, musical director, and  1997 Rock 'n Roll Hall of fame inductee with the band Parliament Funkadelic.  He joined the Parliament Funkadelic tour at the Capitol Center in Landover MD in 1974 after he was asked by one of the band members to perform at their after party.  There, he impressed George Clinton by demonstrating his skill as a fresh out of high school guitar prodigy. With the original lead guitarist Eddie Hazel's on and off presence, Hampton's performances became a fixture of their concert over the years.

He taught himself how to play the guitar, picking up various songs from the radio with a guitar given to him when he was 10 years old. During high school, he took lessons from a Jazz guitarist who taught him technique ranging from various scales to comping...which rooted deep into his signature style. This training helped him to establish his musical versatility and complexity. While Jimi Hendrix, B.B. King, Albert King, and Wes Montgomery were some of the biggest influences on him, he was receptive to many different genres and players.

Hampton's first studio recording was Bootsy's Rubber Band's album "Stretchin' Out" in 1976. As he built his unique solo style with precision and groove, George Clinton described him as having "Perfected the concept to play solos with the melody of the song." He has recorded leads on Parliament Funkadelic's hits and well known songs on their live performances such as "Maggot Brain" "Red Hot Momma" "Cosmic Slop" "Knee Deep" and "One Nation Under A Groove" and co-wrote "Mr. Wiggles" "Who Says A Funk Band Can't Play Rock?" "Adolescent Funk" " Funk Gets Stronger", and performed on Clinton's side project Brides of Funkenstein's "Never Buy Texas From A Cowboy" with Clinton's Solo "Stingy" as notable credits. He is also a multi instrumentalist including drums, keyboards, and synth programming as credited on Funkadelic's album "The Electric Spanking of War Babies"

Hampton has also played and recorded on various projects. In the best acclaimed P-funk spin off band, 420 Funk Mob, Deee Lite along with Bootsy Collins, he went out on world tour in 1994, appeared on Bill Laswell's various projects with Bernie Worrel, recorded with Ryuichi Sakamoto, Too $hort's album in 1992 & 1996, and co-wrote Digital Underground's single, "Wussup Wit the Luv" in 2003.

Hampton recorded his 1st complete solo album, Heavy Metal Funkason in 1998 which emphasized his rock side and featured his heavy fuzzy guitar solo with psychedelic and earthy atmosphere from Funkadelic with straight rock groove.

In 2015 Hampton parted the Parliament Funkadelic tour band, and is working on his new material including his own Kidd Funkadelic Band, as well as collaborating with other artist across genres. 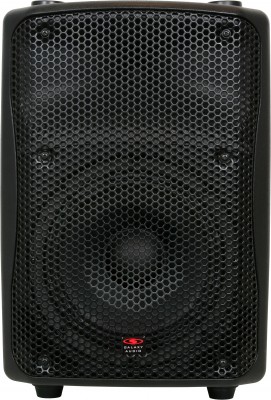 THIS PRODUCT HAS BEEN DISCONTINUED. The RM-10 mixer is designed with the contractor in mind. Easy to install in any application, the single rack... 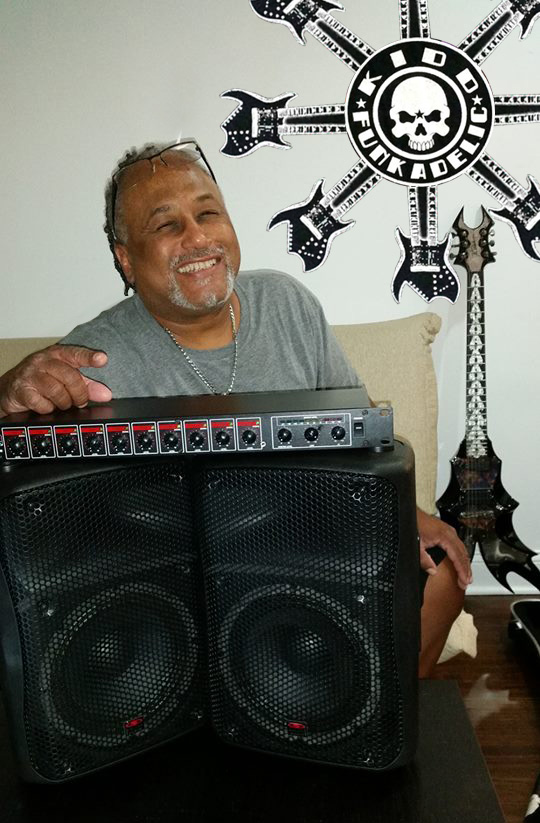 "Galaxy monitors sound really great and I like that they can easily be oriented vertically or horizontally. Their mixers also give me lots of connectivity options for such a compact footprint! I really love Galaxy gear!" 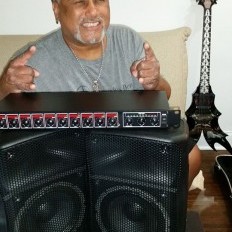