With their brand of what’s being called “Life metal” and a sound that is of their own, House of Curses, a metal band from Decatur, Alabama, deliver a passionate brand of metal that beautifully blends melody and harmony with thunderous drums and crunching guitars, grooving bass lines, and emotion felt vocals.

A compelling sound of talented musicianship combined with intricate and passionate lyrics, House of Curses’ brand of music is an experience that will absorb you with audio and get your ass out of your seat live, bringing to the stage an aggressive attack of blunt force head banging music and captivating vocals. Currently touring on the DIY circuit, House of Curses is a live experience that will not only change the way you see metal music, but will leave a lasting memory to those spectating.

Having an already anticipated and acclaimed debut EP to be released in 2018, the soon to be titled work defines the sacrifices, hard work, and dedication of the years each member has put into the music industry. Not being afraid to take chances, the upcoming EP is a blend of sounds brought to life by the qualities and attributes each member puts in. From raw, powerful, hard hitting tracks, to soulful, complex melodies that enables the listener to not only hear the music but feel it.

Before forming in early 2015, This 5 piece, assembly of music veterans had toured and taken the stage with Sevendust, Buckcherry, and Straight Line Stitch with previous endeavours. Dedication and a love for the art of making music led to the current lineup of what has turned into Alabama’s band to watch.

Bhamrocks.com says “A gloomy yet irresistible metal band from Decatur, HoC is quickly picking up interest from all over. Their Deftones and Sevendust influences are heavy but does not mean their sound isn’t uniquely their own. Incredibly interesting and variant vocals by Dan Stockfisch shine in a bed of James Parker’s thundering drums and heavy guitars and bass. Josh Thompson, Josh Smith, and Brad Long intertwine their intricate performances to create an incredible overall guitar sound.” Stonewall Jackson from Hardnailer adds “House Of Curses has a prolific and dark style that matches the status of most successful metal acts today. Their debut album is well anticipated in the months to come.” After a feature in their May/June 2016 issue, Matthew Hall of Land+Lake Magazine states “It’s hard to pin them down to any single style of music. They are a hard-rocking band, which often drifts into pieces of melodic, mathematically perfect metal, then drops down into deeper, more somber and intense sounds, which counters and adds strength to the opposing hard rock sound.”

The EB6 features a single driver delivering full frequency performance. The Galaxy Audio EB6 has a cable over 4 feet long and the ear buds weigh... 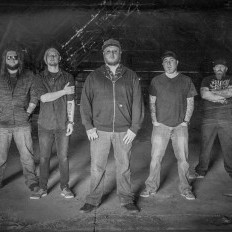 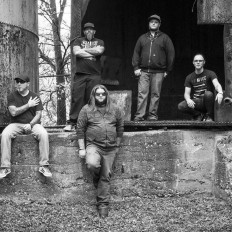