Led by rock violinist and arranger, Nina DiGregorio, has rocked audiences worldwide with their blistering solos, unique arrangements—not to mention their beauty and charm.

The girls have collectively performed with some of the biggest names in the business:

Recently, the Bella girls were the featured strings (20 BELLA GIRLS!) for a DirecTV special starring Richard Marx, Kenny Loggins and Eric Benet. The FEMMES OF ROCK show takes Bella Strings to a whole new level. All-new arrangements, original material, a live rock band, video, lights, choreography, comedy, and more can be expected in this high-energy show that leaves audiences awed. The only one of its kind, there are no other similar string acts operating at this level of production. Be prepared for something that you have not yet seen the likes of. The Girls keep a busy touring schedule and are one of the most sought-after “hard rock” violin acts in the world.

The EB6 features a single driver delivering full frequency performance. The Galaxy Audio EB6 has a cable over 4 feet long and the earbuds weigh...

Bella Electric Strings has performed with some of the biggest names in the business, from Beyonce to Andrea Bocelli and also appeared on America’s Got Talent. The ladies of Bella Electric Strings perform on Yamaha instruments, and their music can be heard during many Yamaha educator clinics. Most recently, Bella Electric Strings were the featured string quartet for Richard Marx, backing him up for his acoustic show. They also comprised most of the string section for both the Yellow Brick Road Symphonic Rock Show as well as the legendary rockers Deep Purple at the Pearl Theatre in Las Vegas. 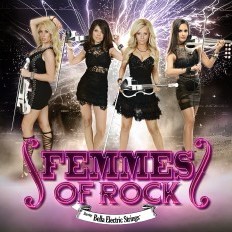 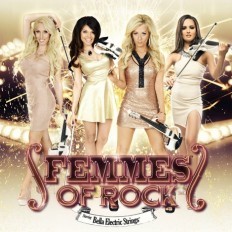